Agents of the Underwriting Association of London 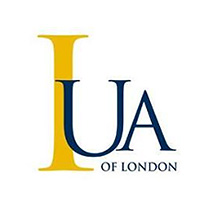 What is the IUA?
The International Underwriting Association of London (IUA) is the world’s largest representative organisation for international and wholesale insurance and reinsurance companies.

Mission Statement
The IUA exists to promote and enhance the business environment for international insurance and reinsurance companies operating in or through London.

History
The IUA was formed on 31 December 1998, through the merger of the London International Insurance and Reinsurance Market Association (LIRMA) and the Institute of London Underwriters (ILU). This union brought together the representative bodies for the marine and non-marine sectors of the London company insurance market.

The ILU’s history in the history in the marine, aviation and transport insurance markets dates back to 1884. Senior members of marine insurance companies had, since the 1850s, been meeting informally in the Jerusalem Coffee House and the Jamaica Wine Rooms near the Royal Exchange to discuss policy wordings and other matters of mutual interest. A proposal was made to establish a formal representative underwriting association in July 1882 and two years later the new ILU took up offices in the Royal Exchange Buildings.

LIRMA was formed in 1991 from the merger of previous insurance associations, established in the 1960s and 1970s, to support non-marine insurance business and reinsurance.