Member of the International Institute of Marine Surveying 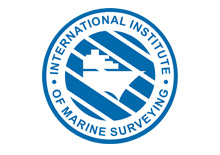 The IIMS defines marine surveying as:

“The service provided to maritime and transport organisations in general and the production of guidance reports for all other bodies connected with maritime operations or maritime trade”.

The IIMS is a membership organisation and since 2004 has increased its membership worldwide to cover 98 countries. It is the largest organisation of its kind in the world, and seeks to represent its industry to government and non governmental organisations such as the International Marine Organisation (IMO), Coastguards, insurance companies and ship owners.